The Journey of one Banana: a Supply Chain in Motion

These are awesome times to be a consumer.

A few days ago I chatted with my brother on the telephone.

In the midst of our conversation, I could hear that he was chopping up something on a cutting board.

“What are you cooking,” I asked him.

“I’m making a banana smoothie. I ordered groceries the other day and had them delivered through Amazon Fresh. I was a complete idiot and forgot to double-check the order. So, instead of 4 bananas, I got 4 bundles of bananas.”

My instant thought was:

What an idiot. But, he’s my brother and my older brother at that. So, I have a tendency to become rather critical of his oversights and misdoings.

After I got past my initial lapse of petty brotherly “love”, another thought hit me.

These are awesome times to be a consumer.

I mean, think about it. My brother, sitting in the comfort of his own home, was able to order his groceries and have them delivered directly to his front door. One hundred percent of the transaction was complete by the time the groceries arrived, and he didn’t even need to take a single step outside of his hallway.

The advancements and influences of eCommerce and online shopping have reshaped consumerism from the bottom up. 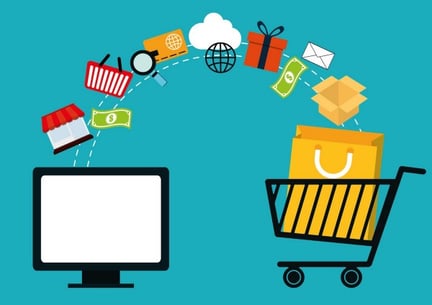 Comfort and convenience were in no shortage, during my brother’s shopping experience.

Realizing the lack of effort my brother had to exert in order to receive his food, began the engine to a frantic thought process. After doing a few barrel rolls, it finally landed on stable ground.

“Think about the journey the banana — you’re chopping up — took to your door!” I exclaimed.

The complexity of planning, transportation, collaboration, time and labor that went into the supply chain of that banana — being severed on my brother’s cutting board — stopped me in my tracks. I suddenly felt like a very small cog turning within a very giant wheel. It was a moment of clarity.

This is "The Journey of your Banana: A Supply Chain in Motion."

The global banana supply chain is a complicated one, dependent on multiple moving parts and the collaboration of multiple parties. There are resource-consuming elements required such as refrigeration, ripening centers, proper transportation, and distribution centers.

But, without the initial farming/production of the banana, the rest of the supply chain would be redundant.

The majority of banana export comes from 3 countries, which top the list for 2016: Ecuador, Guatemala, and Costa Rica. Two other countries that produce a notable amount of bananas are Brazil and India. However, these countries keep the majority of their yield for domestic consumption. 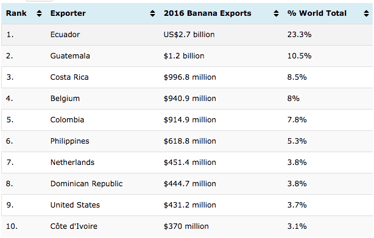 In fact, only 15–20% of banana plants produced, worldwide, end up traded in the global market. Of the banana fruit traded globally, it’s worthy to note that the western world is most accustomed to Cavendish banana. This is our normal, yellow banana (fao.org 2015). Most likely the same banana my brother was chopping up to toss into a smoothie. But, why is this an important point?

Because, though we typically consume one specific species of banana, there are actually over 1000 variations of bananas in existence. So, our consumption habits are forcing rather unnatural demands on farming, and our earth.

The farming of banana plants has become a hot-button issue in the context of sustainability and ecological living. One of the areas for concern is the GHG emission created during farming, packaging, and distribution. Moreover, several organizations have been called out in recent years for abusing human and worker rights at production plantations. 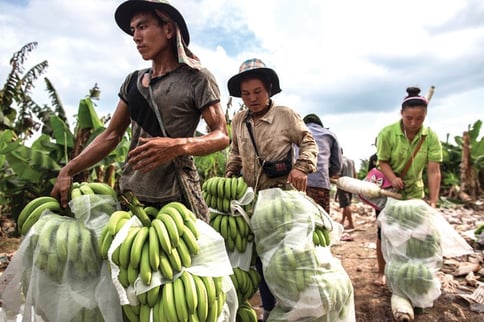 “ Cultivation, harvesting and selection of the fruit is very labour intensive, and as previously indicated require a highly organized and integrated chain” (Robinson 2013).

After harvesting is complete, the fruit is washed, labeled, and packaged at adjacent plants; in many productions. Proximity allows farmers to ensure quality control before their products leave their sight.

Most farms work directly, under contract, with a specific label that will later distribute the bananas in bulk to retailers around the globe. The largest brands globally are Chiquita, Dole, and Del Monte.

“In this process, a number called a Box Code is stamped on each box. This number enables the identification of the farm where the bananas were harvested, the facility where they were boxed, and the time and date when they were boxed, for example. This ensures the traceability of the bananas, which makes it possible to trace them back to the area of production immediately in the event of a quality problem or the like at the sales destination” (itochu.co.jp 2015).

This is when your banana truly becomes visible in the global supply chain. But, your banana’s journey has just begun.

When local production sites have packaged the yield, major distributors load up massive cargo freights on company ships or those of 3rd party logistic providers.

This is a portion of the banana’s life cycle that has stirred the pot of eco-fanatics, and for good reason. Transportation — shipping, trucking and refrigeration — contributes to 62%-67% of the total carbon footprint created during the life cycle of the banana value chain (fao.org 2015). 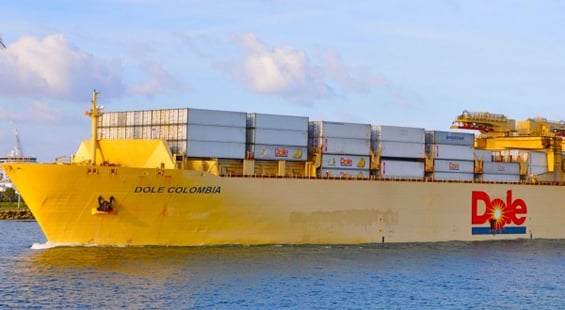 During maritime transport, bananas are required to be stored in large refrigeration containers. The energy efficiency of such containers has continued to improve, through time, and now intelligent tech programs monitor refrigeration levels to ensure less electricity is used. Maintaining a holistic environmental approach in the banana value chain is difficult, considering the criteria needed to deliver a quality product to retailers.

After the transportation process, bananas are required to be treated in ripening locations in the countries of their final destination.

Pallets of packaged bananas are transported from sea to land and loaded into ‘forced-ripening’ centers. The product sits in temperature-controlled rooms for 5–7 days at a time. “Temperature must be kept constant. A temperature lower than 13°C or higher than 18°C can damage the appearance of the fruit” (fao.org 2015). Air must continue to be circulated in the storage rooms. Simultaneously, controlled amounts of ethylene gas and hydrocarbons are fed into the rooms, which triggers a ripening of the banana.

In most productions, the final step before retail is an inspection by a governed body to ensure the quality and health & safety of the product.

The final step of the supply chain is last-leg logistics to retailers. At stores, unpacking, shelving, and direct consumer sales take place.

Retailing of bananas in the world occurs daily in mass quantity.

In the UK, the average person eats about 10kg of banana, per year. That’s equivalent to approximately 100 bananas (banalink.org).

If an average consumer is expected to live 75 years then they will eat approximately 7,500 bananas in a lifetime. If these approximations hold true, around 6.5 billion bananas are consumed yearly in the UK alone.

The scale in which these plants are produced, and supply chain activities are conducted, borders on incomprehensible.

That’s just the thing. We are infinitesimal cogs in a very large wheel. It’s spinning non-stop and we’re the passengers along for the ride, enjoying the final product, without stopping to appreciate the craftsmanship that went into its journey.

So next time you slurp down a smoothie, eat a piece of banana bread or flip over those banana flapjacks, just remember: that banana’s existence took one hell of a supply chain in motion. 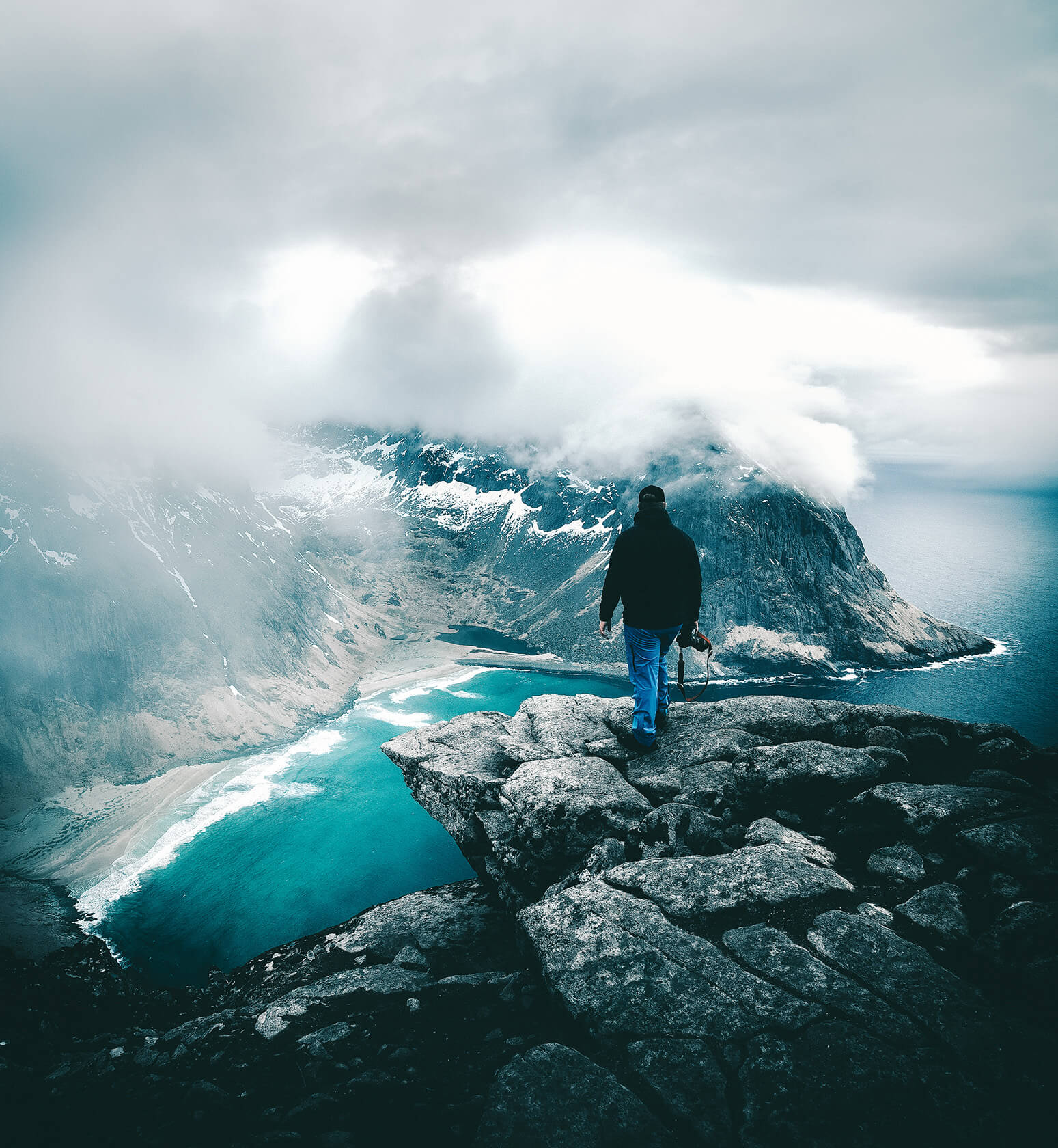 Back to blog
Supplier management 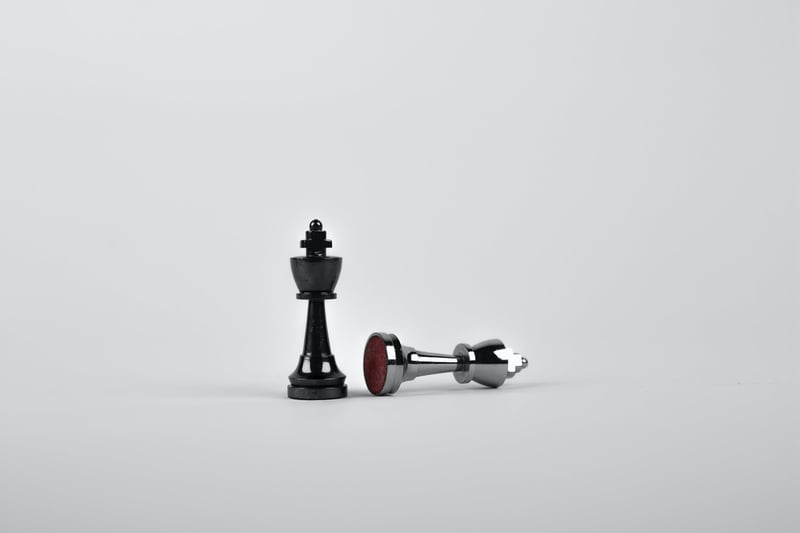 August 04, 2021
Supplier relationship management is the heart of sustainable procurement

Different functions serve different purposes in a business’ daily existence. Some disciplines and roles in the organization are important for internal bodily ... 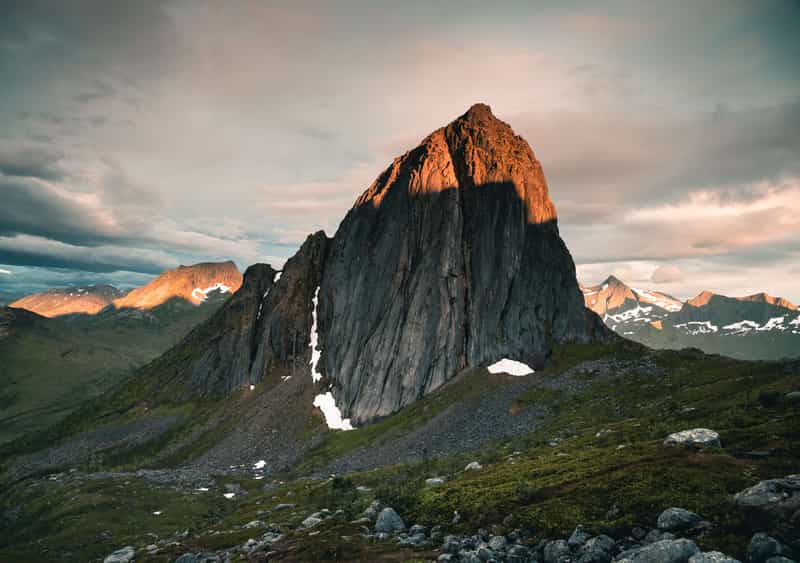 "Please let us know, how was your overall experience?"